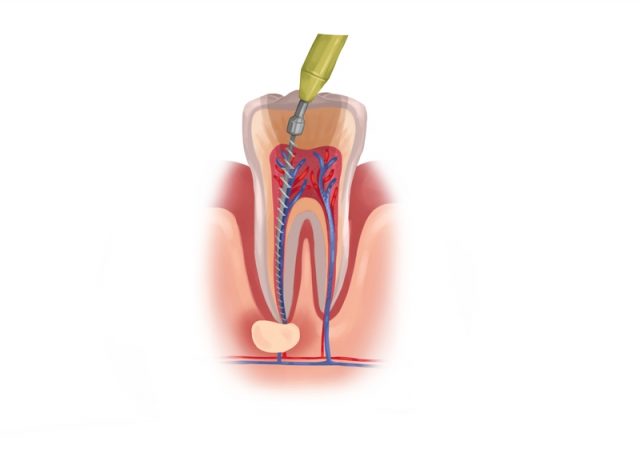 Root canal therapy involves the complete chemical and mechanical cleaning of the infected tooth, followed by closure of the root-canal system with filling material. Failure of the root canal therapy occurs when there is persistent infection inside the tooth despite therapy. Whether or not one needs a root canal, can only be determined after complete examination by a professional Dentist in Lahore.

What are the symptoms of root canal failure?

Even though it has a success rate of 95 percent, root canal can also fail. This failure can occur soon after treatment, or even years later. The main symptoms of failure include: discomfort or pain that lingers in the tooth, mild swelling of the treated tooth, or swelling of the face.

RCT is also said to fail when there is pus-filled discharge or bloody discharge from the treated tooth. This discharge occurs when there is abscess formation in the gums. While most cases of this discharge are painful, there are some that are non-tender, which is why all cases of discharge must be thoroughly checked. In some cases, there is discoloration of the tooth, with sensitivity as well.

What are the reasons for root canal failure?

There are many factors influencing the failure of root canal therapy. Studies show that common factors are underfilling followed by coronal leakage, missed canals and leaked canals. Root canal therapy failure also depends on the type of tooth—the rate of failure is higher in premolars, in comparison to molars and anteriors.

Every type of tooth—premolars, canines, incisors and molar—has its own number of canals. For the treating dentist, it is important not to overlook any canal. Persistence of infection, if a canal remains untreated is a cause for failure of root canal therapy. Research shows that missed canals are the cause of around 18 percent of failed RCTs.

Cracked roots can be colonized by the bacteria and unlike root canals, these cannot be sealed off. These minute spaces of the cracks, because of bacterial infestation result in constant irritation.

A dentist may be unaware about the existence of the cracks or may overlook the extent of them; cracks can also form after the endodontic treatment, in an appropriately crowned tooth as well. Either ways, they are not treatable and hence cause nuisance. In the long run, it results in root canal failure. The ultimate treatment for the root canal failure in cases of cracked roots is tooth extraction.

During the root canal procedure, a seal is created inside the tooth. If the integrity of this seal is inadequate, it allows the colonization of microorganisms which serves as a constant irritation to the surrounding tissue. In some cases, the root canal seal is adequate at the time of RCT, but it deteriorates over time. In both cases, the lack of seal results in seepage of bacteria and other contaminants, causing failure of root canal therapy. This type of condition is managed by retreatment.

The odds of endodontic failure are increased when the filling material in the root canal seal overextends the tip of the root. This overextension results in the triggering of inflammatory response, thereafter irritating the surrounding tissue. Even though overfilling can be a cause of the failure of root canal therapy, it doesn’t occur in all cases.

As any professional like Dentist in Islamabad would recommend, overextension of filling treatment is managed by conventional retreatment.

Health Benefits and Tips for Traveling with Kratom

Ways to care for Locating a Good Dental Clinic

For Your Health And Well-Being, Fitness Classes Are The Best Solution